Completion of well drilling in U Minh and first hydrogeological investigations

Regarding the hydrogeological investigations in the technical assistance component of the IGPVN project we are happy to announce that the drilling of the IGPVN well group at U Minh (Ca Mau province) finished in early September.

Even though results from soil analysis in the laboratory are still pending, the drilling was already a success as it revealed new information on the geologic formations of the studied area. One of the important results is that bedrock was encountered much earlier than expected, at a depth of about 286 m below surface. More details on the geology of the Southwestern part of the Mekong Delta can be expected from particle-size analysis, mineralogy analysis (using XRD/XRF techniques) and geo-mechanical measurements on undisturbed soil samples which will be analyzed in Vietnam and abroad.

IGPVN focuses on investigating the hydrogeologic situation of the Mekong Delta as a basis for an improved groundwater management. For this, a five step pumping test was performed at the well group. Groundwater was pumped at five different, increasing pumping rates for about two hours each, and water levels in all wells have been continuously measured, to observe the reaction to pumping. The aim of step-testing is to estimate characteristic properties of the pumping well, as well as to get a first impression of the hydrogeologic conditions and groundwater hydraulics at the investigation site. This data will be used for the preparation of a long-term pumping test, which will be combined with a tracer test using fluorescent dyes. 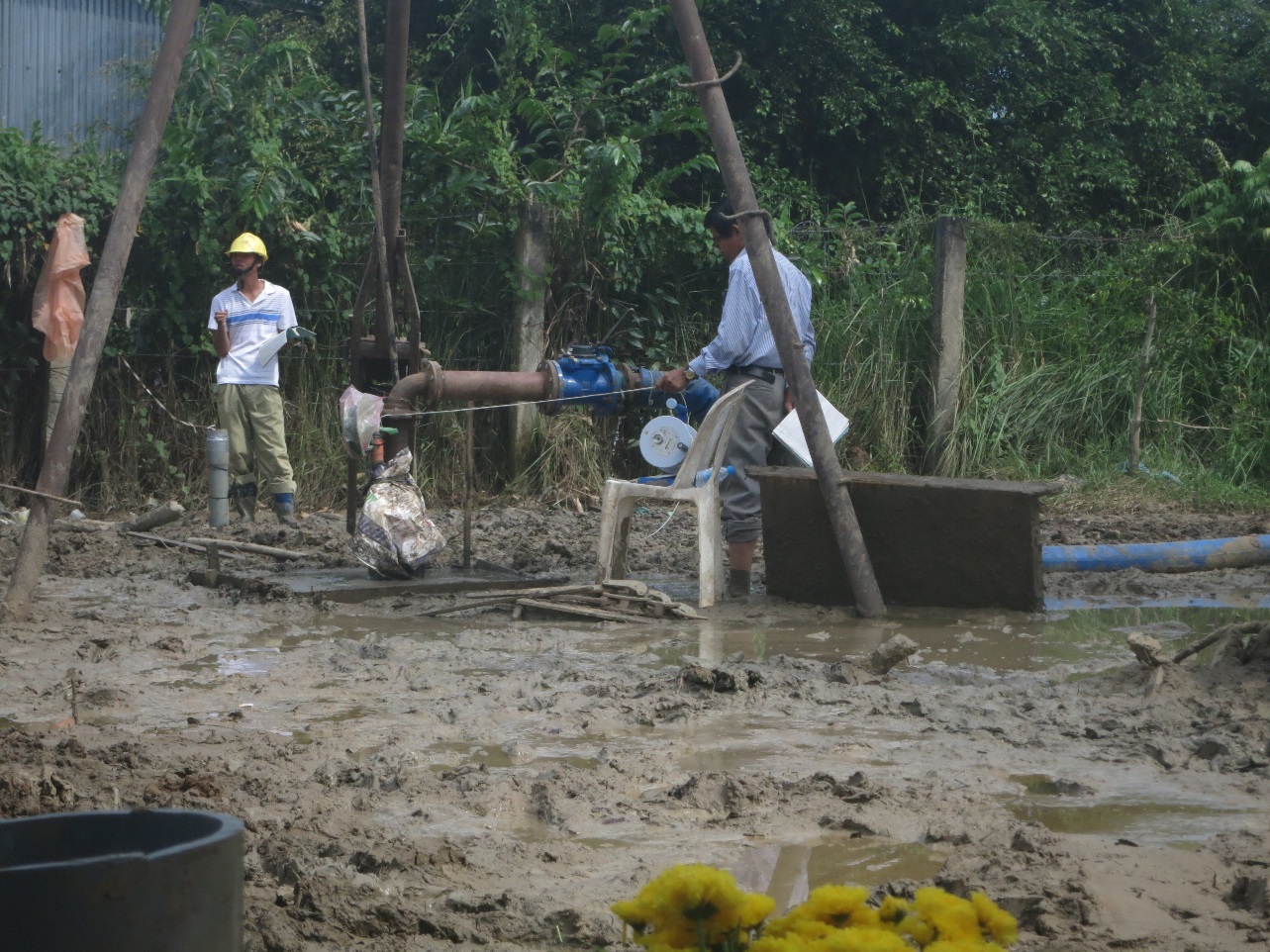 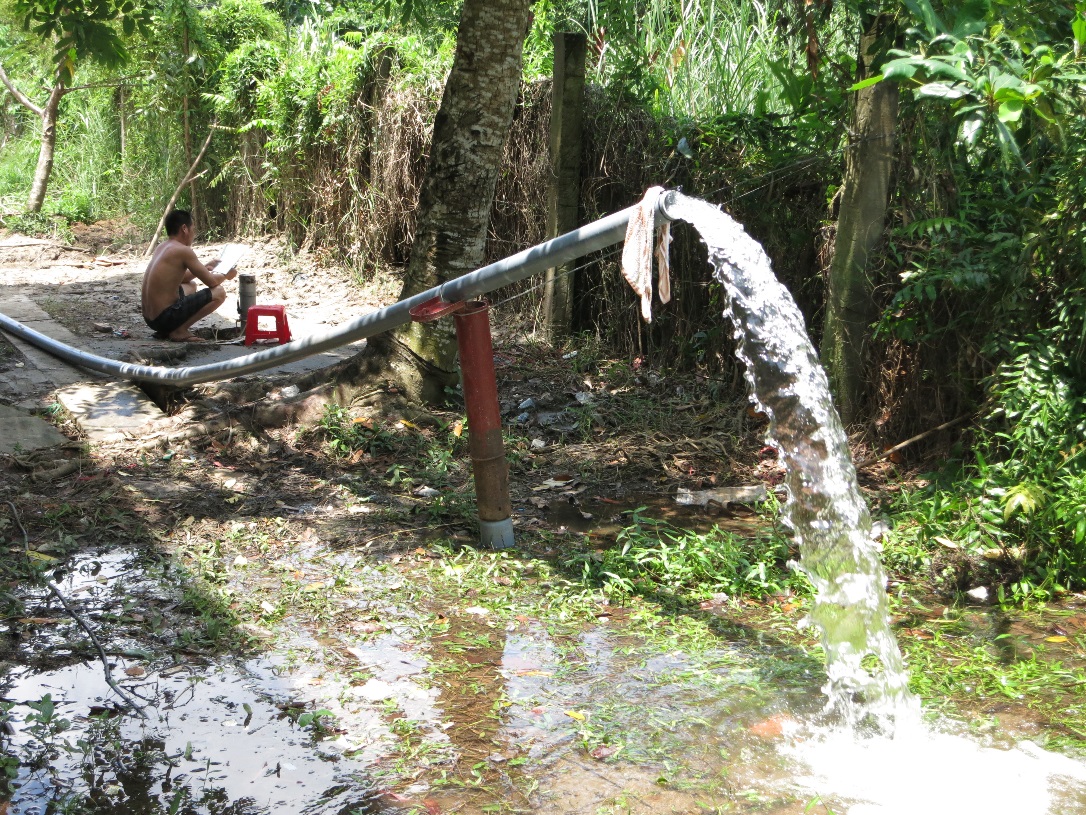 IGPVN would like to thank all stakeholders and supporters for the drilling work and aquifer testing. We are thankful for the support of Ca Mau DONRE, the PCs of the district and the town of U Minh, and to U Minh Secondary School, their pupils and teachers.  Furthermore, we would like to thank DWRPIS  and NAWAPI for their cooperation, and last but not least the drilling team at the site.