BGR and NAWAPI agreed to conduct several studies on the hydrogeological characteristics of Ca Mau Province. As part of these activities, the IGPVN Project had conducted a water sampling in U Minh town in last September. On 29–31 March, 2017, the second water sampling campaign took place. 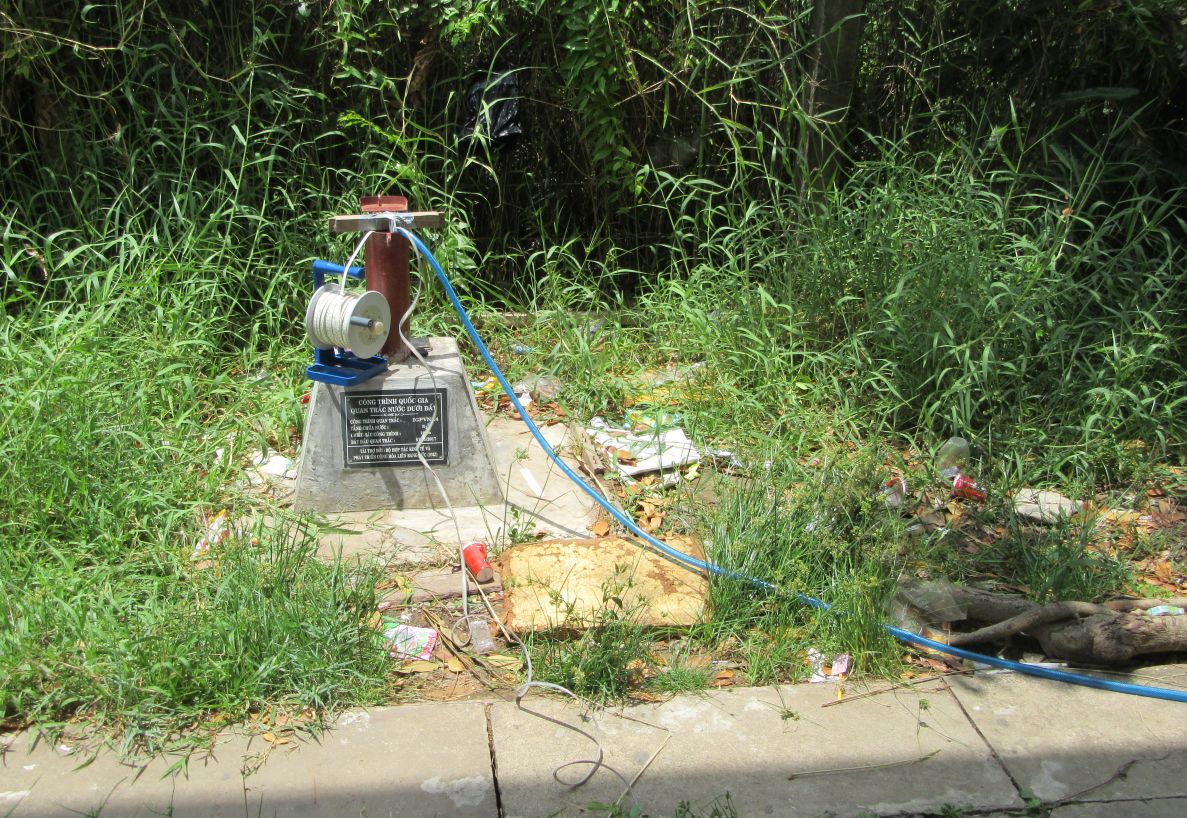 Pumping water from one of the IGPVN monitoring wells

The sampling procedure was almost identical to the first campaign: Water levels, pumping rates and the chemical and physical parameters (pH, electrical conductivity, dissolved oxygen, temperature) were measured and recorded on site.

Water was pumped from the monitoring wells until stagnant water from the well pipe had been removed (purging) and the physical and chemical parameters were constant. Water from the production wells could be directly taken from a sampling tap. Right after sampling, the water samples were titrated with HCl and NaOH for the determination of the carbonate species (HCO3−, H2CO3).

The water samples have been sent to the Center of Analytical Services and Experimentation in Ho Chi Minh City to determine the major ion components (Na+, K+, Mg2+, Ca2+, Cl−, HCO3−, SO42−) and some minor components such as Br–, F– and heavy metals.

In addition to the first campaign, not only the stable isotope compositions (2H, 18O) of the water samples will be analysed, but also 13C and 14C isotope determination will be used for groundwater dating. These analyses will be performed by the Institute for Nuclear Science and Technology (INST) in Hanoi.

Sampling for 14C analysis consisted of several steps on site, which have been carried out by a member of the INST. First, a large amount of groundwater was collected in a special barrel. After checking the original pH of groundwater, NaOH was added to raise the pH to 10-11. Then, barium chloride was added to the water, which would react with the dissolved carbonate to form solid, insoluble barium carbonate. 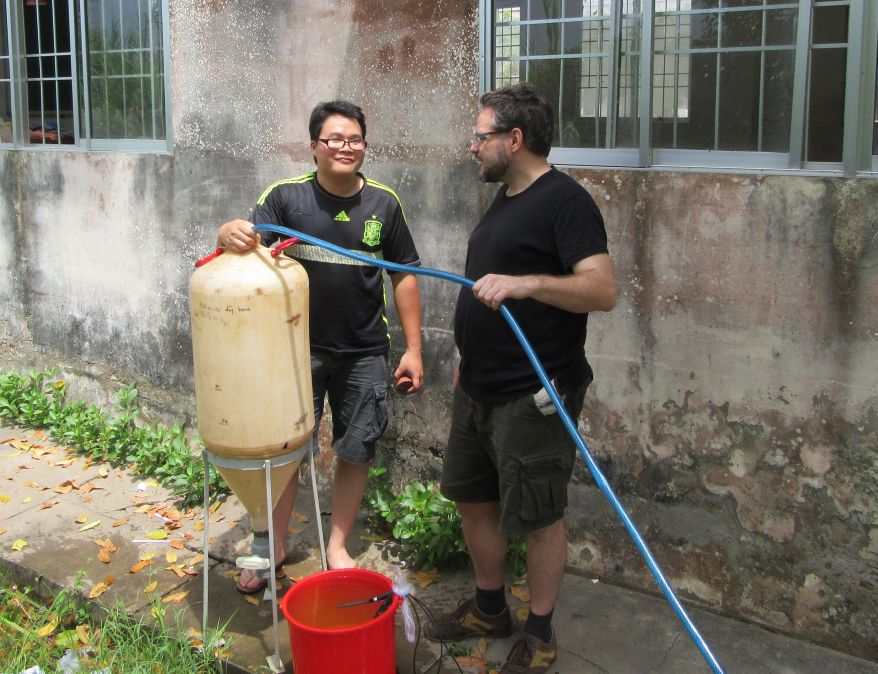 Collection of groundwater for 14C sampling

During the course of one hour, the precipitated barium carbonate settled to the bottom of the barrel and can be extracted through an outlet valve. The sludge was then stored in a sample container and transferred to the laboratory.

Further details on this sampling campaign can be found in this short Activity Report.

After the laboratory results are available by the end of April (chemistry) and end of May (isotopes), they will be analysed to increase the understanding of groundwater chemistry, possible indications of salinization and origin of groundwater in the area.