Representatives of BGR and NAWAPI visited Bac Lieu, Ben Tre and Tra Vinh DONRE on 1st, 4th and 21st November, respectively. The visits aimed at assessing interests, needs and potentials to extend IGPVN project activities to other coastal provinces of the Mekong Delta, based on the experiences gained in Ca Mau and Soc Trang in recent years.
Bac Lieu is one of the coastal provinces that rely heavily on groundwater for domestic, aqua-cultural, agricultural and industrial production. However, only few government research projects have been conducted until now. Groundwater management therefore is mainly based on the data from the national monitoring network. Limited effort has been made to learn about the hydrogeological setting and current groundwater use in Bac Lieu.
Ben Tre is reportedly using mostly surface water for domestic and production purposes, though this resource is becoming increasingly unreliable in terms of quality. Salinity is a major problem of both surface and groundwater in Ben Tre, especially along the coast. Few surveys conducted before 2012 showed that groundwater is largely saline even at greater depths. 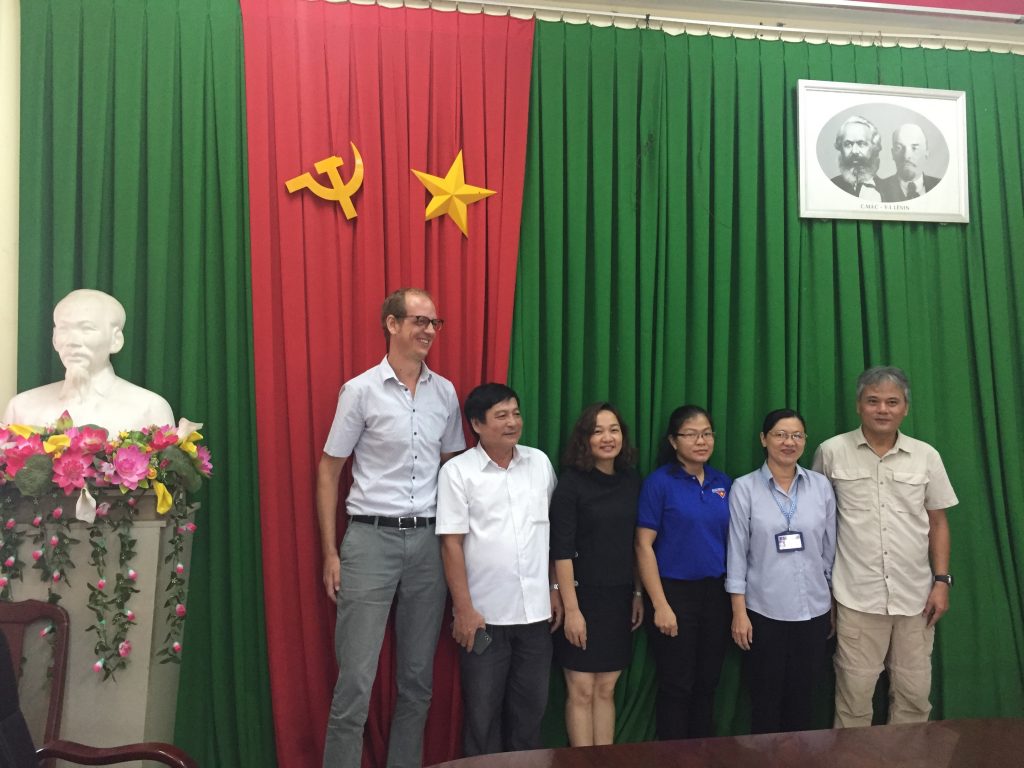 Bordering with Ben Tre, Tra Vinh is said to be more dependent on groundwater for all purposes. A recent field survey by the Division for Water Resources Planning and Investigation for the South of Vietnam shows that about 150,000 unlicensed wells in 106 communes in the province are pumping groundwater, mainly from the qp23 aquifer. The rampant, uncontrolled exploitation is affecting groundwater levels and degrading its quality. National monitoring data show that the groundwater levels are decreasing at rate of 0.3-0.4m/ year.
All three provinces are facing problems in managing the groundwater resource. It is the lack of management staff. Oftentimes, personnel allocated for the management task is limited to only 1 or 2 people per DONRE. In addition, lack of basic information and management tools as well as limited awareness of the community and authorities on water resources issues are common challenges of the three DONREs in these coastal provinces.