On 28 and 29 September, 2016, the IGPVN Project has conducted a first water sampling in U Minh town. Groundwater samples were taken from three IGPVN monitoring wells in the n22, qp1 and qp2–3 aquifers; one production well for water supply in U Minh town in the qp1 aquifer; and one production well of a bottled water factory in the n22 aquifer. Two surface water samples were also collected at the U Minh river and Cai Tau canal.

Installing MP1 pump at the IGPVN monitoring well in U Minh 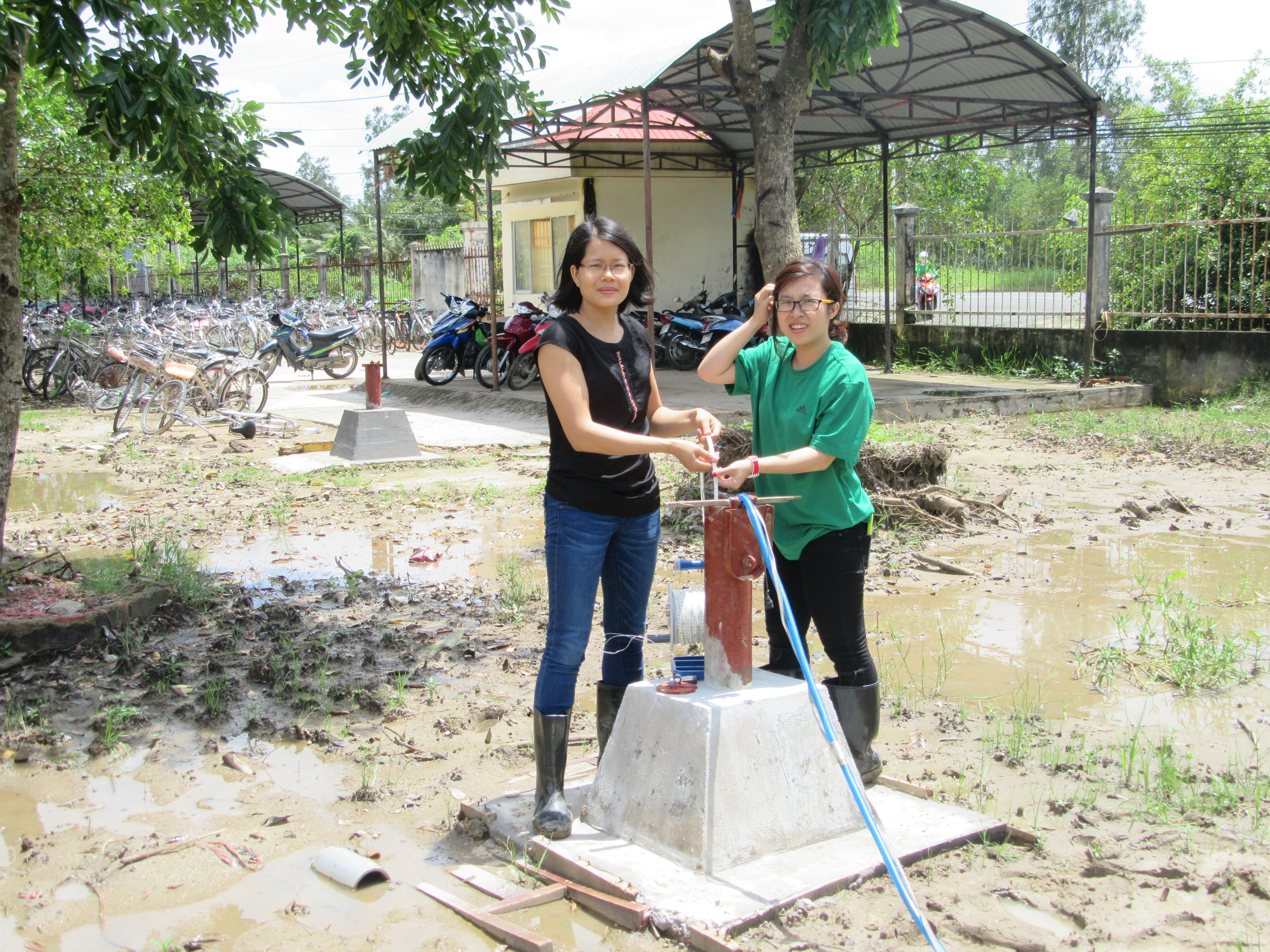 Measuring water level in the IGPVN monitoring well in U Minh 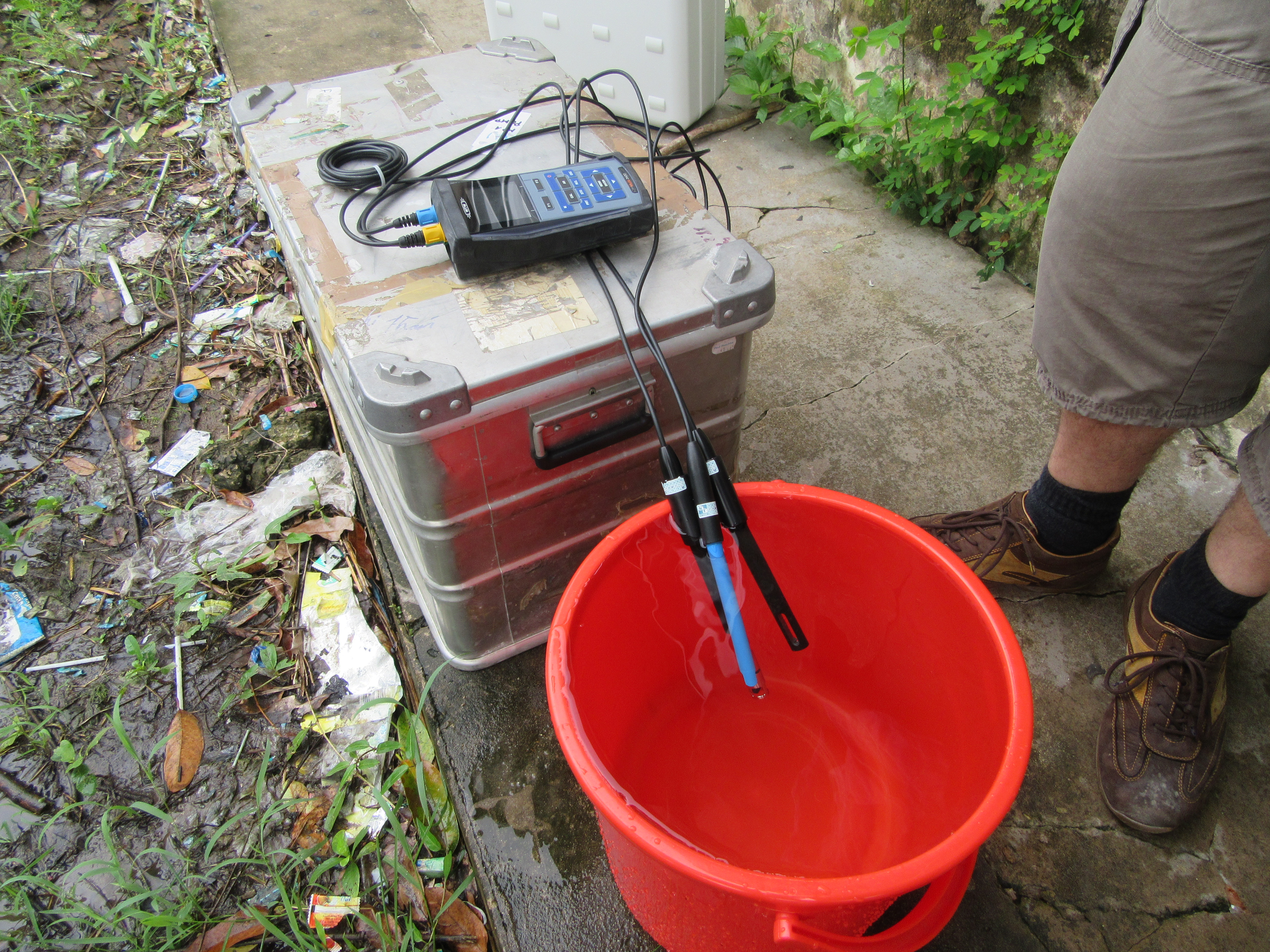 Water was pumped from the monitoring wells until stagnant water from the well pipe had been removed (purging) and the physical and chemical parameters were constant. Water from the production wells could be taken from a sampling tap. Right after sampling, the water samples were titrated with HCl and NaOH for the determination of the carbonate species (HCO3−, H2CO3). 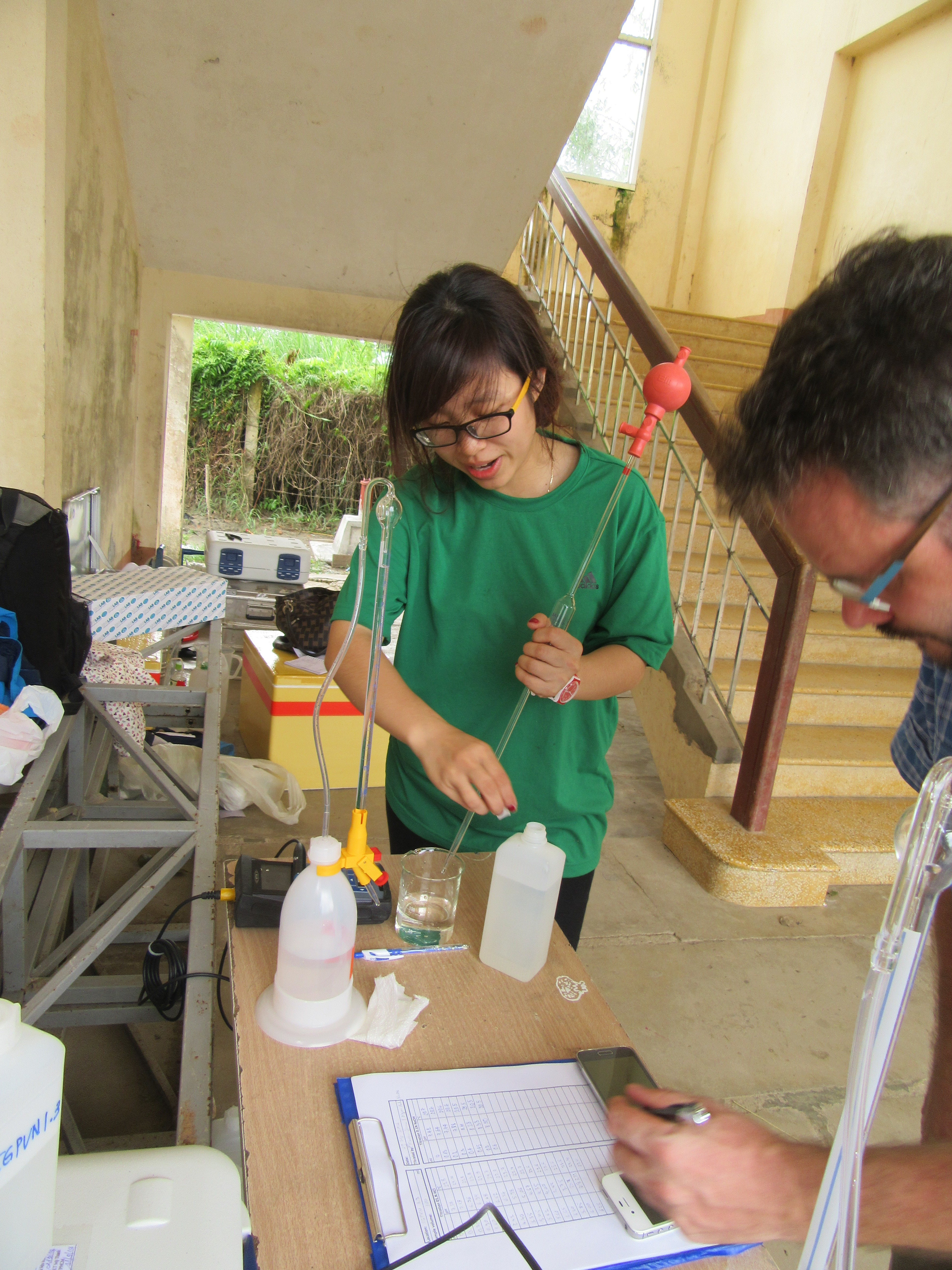 Further details on this sampling campaign can be found here.

The water samples have been sent to external laboratories to determine the major ion components (Na+, K+, Mg2+, Ca2+, Cl−, HCO3−, SO42−)  and other parameters indicated in the national technical standards for the surface water quality and groundwater quality. In addition, stable isotope compositions (2H, 18O) of the water samples will also be analyzed and evaluated. These analyses will be performed by the Center of Analytical Services and Experimentation in Ho Chi Minh City and the Institute for Nuclear Science and Technology, respectively.

After the laboratory results are available, they will be examined to increase the understanding of groundwater chemistry and possible interaction between aquifers in the area.