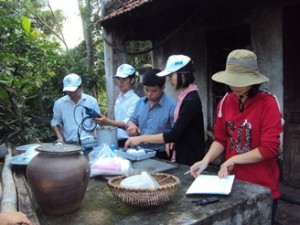 During the 4 working days, the technical staff visited the 18 villages of the whole commune. A number of households consuming groundwater and at which sand filters are available were visited at each village. The working group checked the Arsenic content in the groundwater samples before and after passing through the sand filter using Merck As test kit. A number of field parameters (pH, ORP, EC, T) were also measured on site using multimeter WTW 430i. Background information relating to the tube well and household water consumption was also recorded. After checking the Arsenic content in groundwater samples, the working group informed the household about the test result as well as the removal efficiency of their sand filter. The working group also delivered some caps from the IGPVN project to the local people. 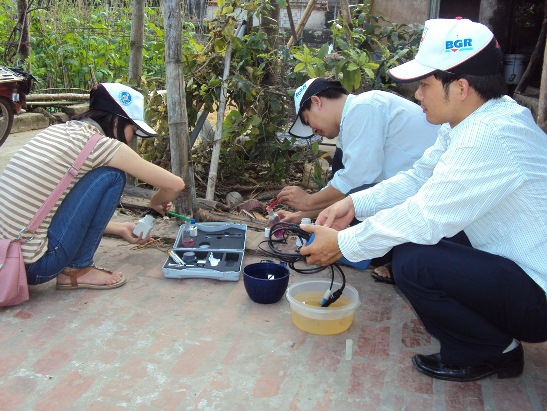