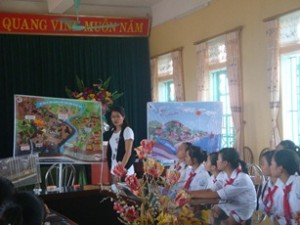 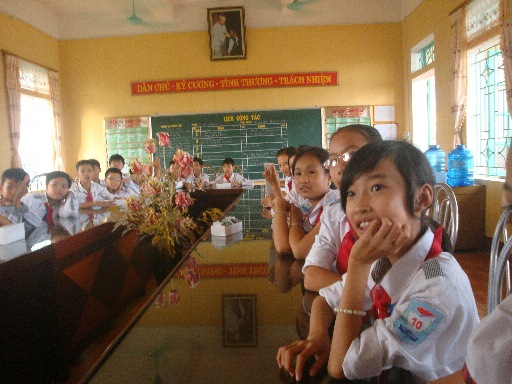 At last, the project staff divided all the pupils into groups of 4-6 and assigned each group one jigsaw puzzle. All the groups worked on their jigsaw puzzles to make a picture of groundwater protection. Some group finished their work within 10 minutes.

Then, the project team handed over some gifts to the headmaster of the school for her distribution to all the pupils.

The Headmaster followed from the beginning to the end of the activity. She found the lesson very meaningful and interesting even to her and to all the other teachers. She would like to duplicate this activity through extra-curriculum lessons for other children in the whole school.